06/2020: New paper published on performance of the oldest-old athletes

We have published a new research paper on performance declines in track and field athletes 80 years and older in the journal ‘Rejuvenation Research‘.

05/2020: Our new book “The Spacefarer’s Handbook – Science and Life Beyond Earth” will be published in September

This is the link to the Springer book website.

We have presented our first preliminary results from the AGBRESA bedrest study at a NASA conference. 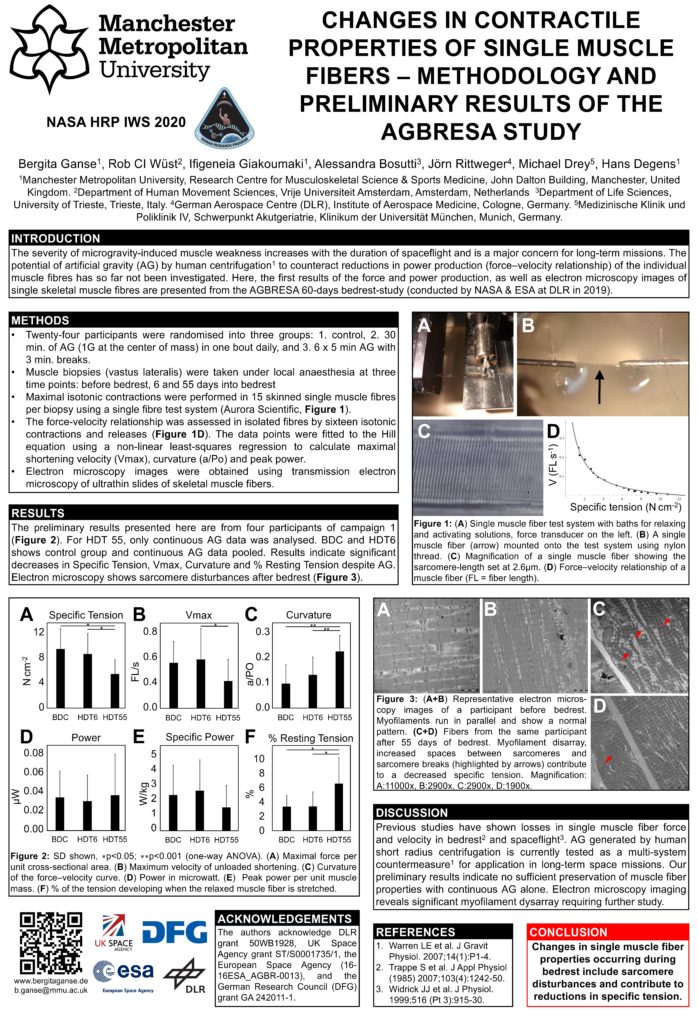 ESA has given our proposal for an ISS experiment with the title “Neuromuscular electrical stimulation to enhance the exercise benefits for muscle functions during spaceflight” a favourable review. It is now in the definition phase for implementation. It includes pre-, in- and postflight experiments in astronauts flying to the ISS and is a collaboration with scientists from Italy, the Netherlands, Switzerland, Germany and the UK.

We just completed a field study at the World Championships in indoor track cycling for master athletes in the Manchester velodrome. Team photo: 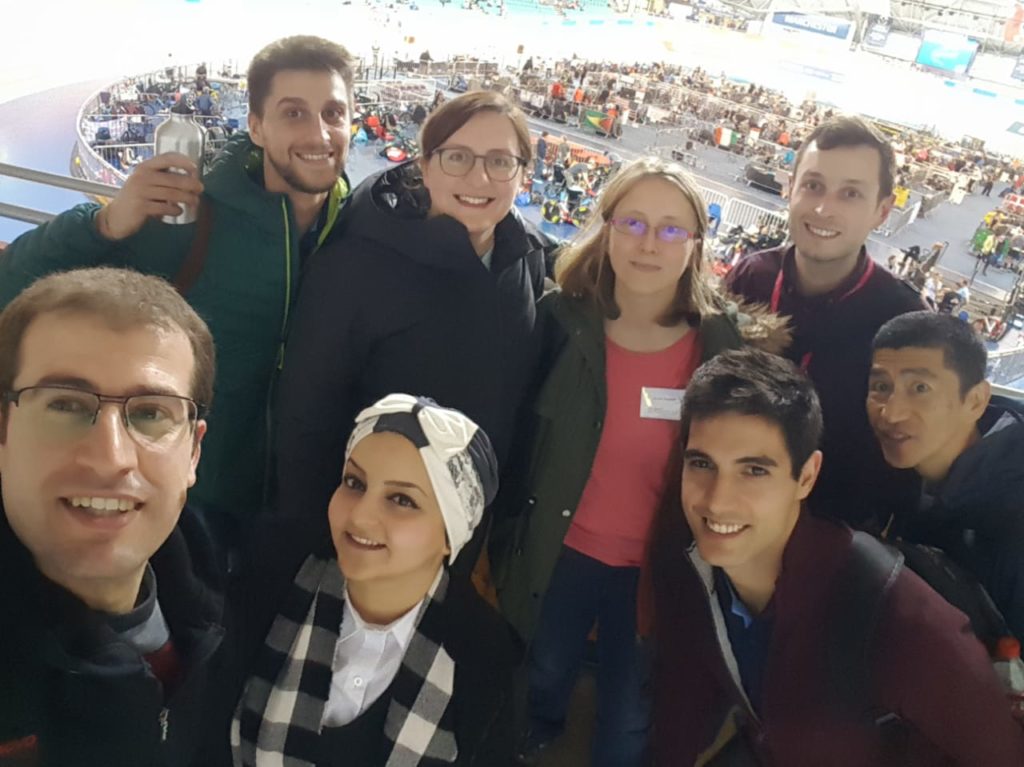 On October 18th, 2019, I gave my inaugural lecture as a formal step to celebrate the habilitation (postdoctoral thesis and license to teach at a university) in RWTH Aachen University Hospital. Topic: “Medical Challenges in Spaceflight”. 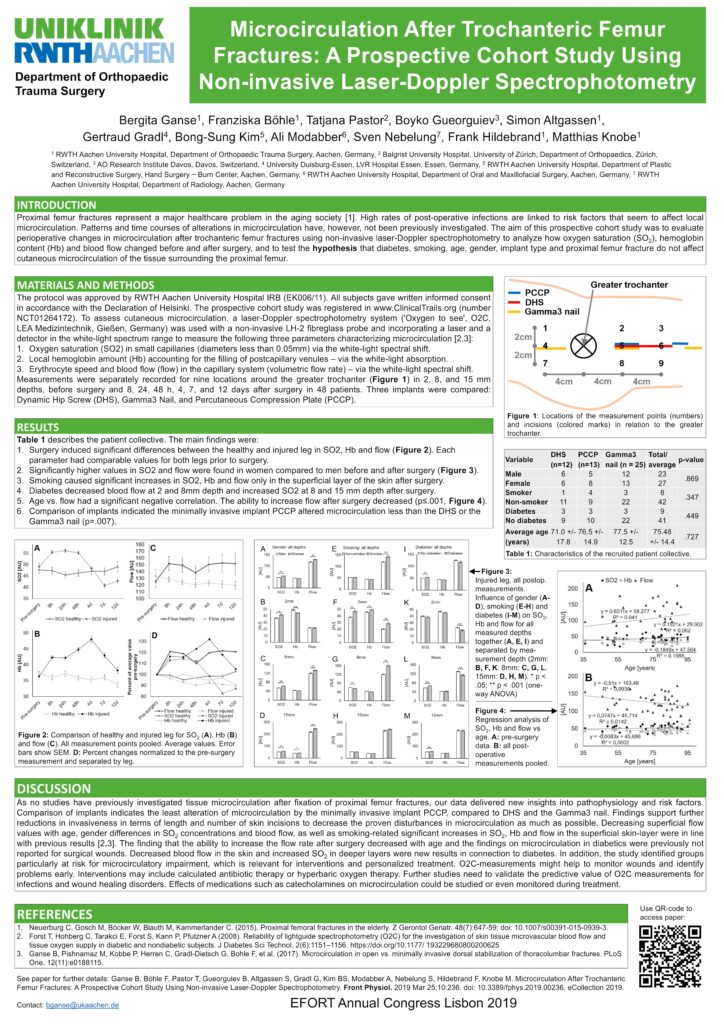 In the Physics Department Colloquium of the University of Helsinki, Finland, I gave an invited talk on Space Medicine. Details HERE.

An interview on Space Medicine was published in the german popular science magazine PM and in the journal “Der Stern”. 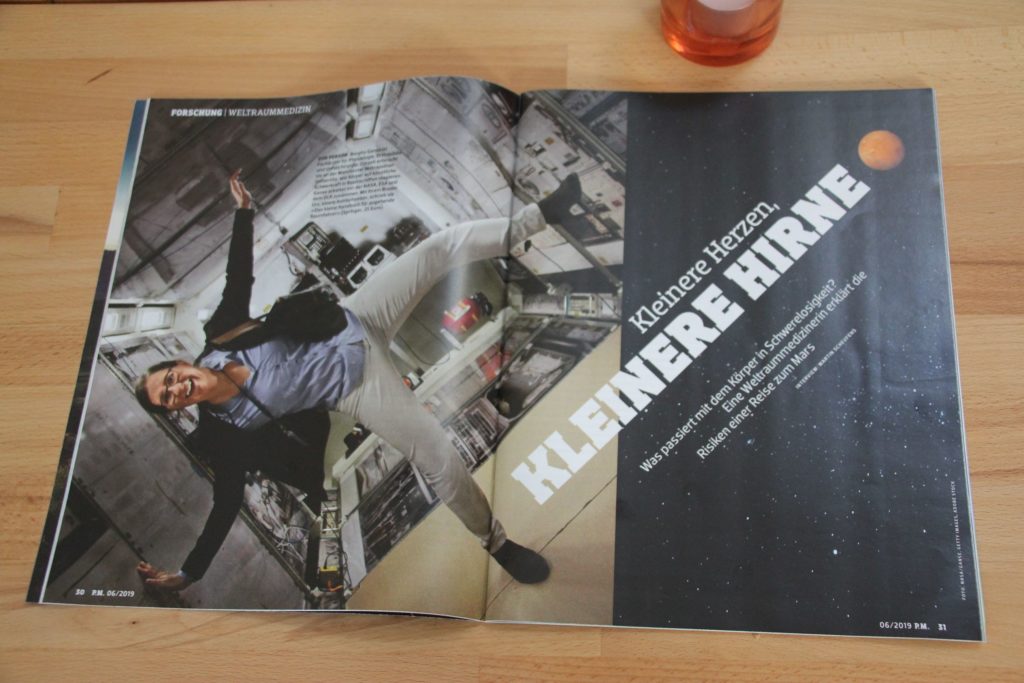 Find an interview titled “Expert for extraterrestrail matters” in the Austrian Medical Journal.

03/2019: Advisory Board of the German Olympic Team

To help solve the challenges of extreme climatic conditions in Tokio 2020 and Bejing 2022, I was invited to be part of the German Olympic Team’s Advisory board. This is the greatest honour!

I passed the exam to be an Orthopaedic Surgeon and started a new position as a research fellow at Manchester Metropolitan University on a DFG (German Research Foundation) grant! 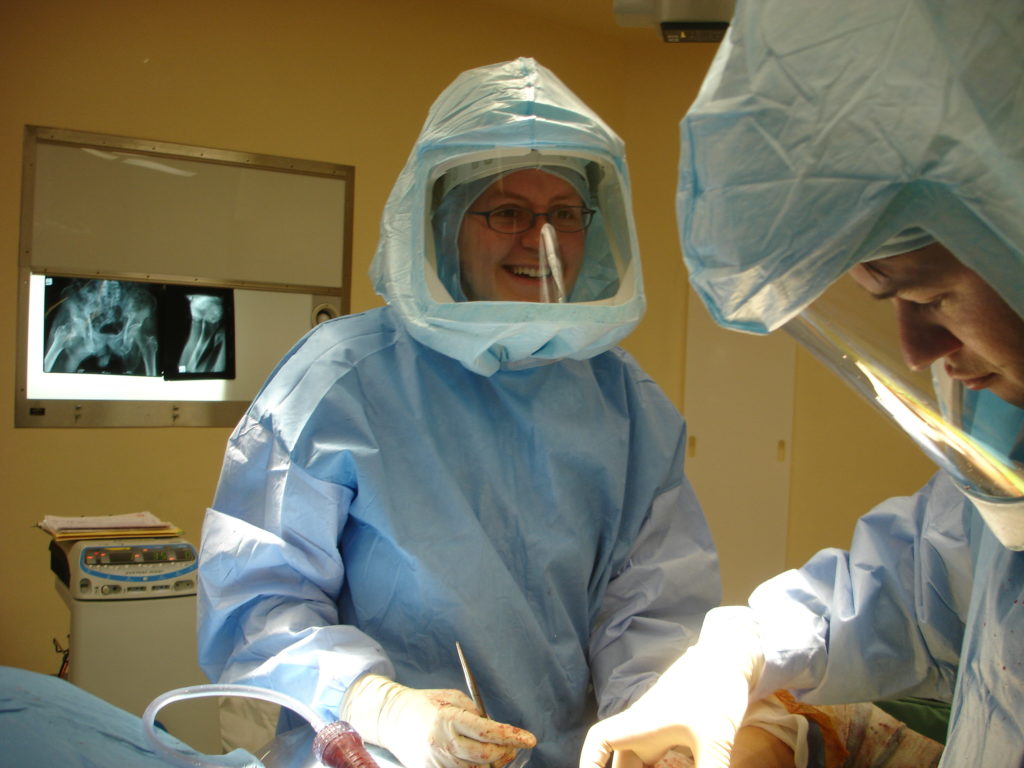 The AGBRESA bedrest study is about to start, so we took a team-pic of our research-group including colleagues from Manchester Metropolitan University, Schulthess-Klinik Zürich and the University of Amsterdam. The photo was taken inside the Short Arm Human Centrifuge at DLR in Cologne. 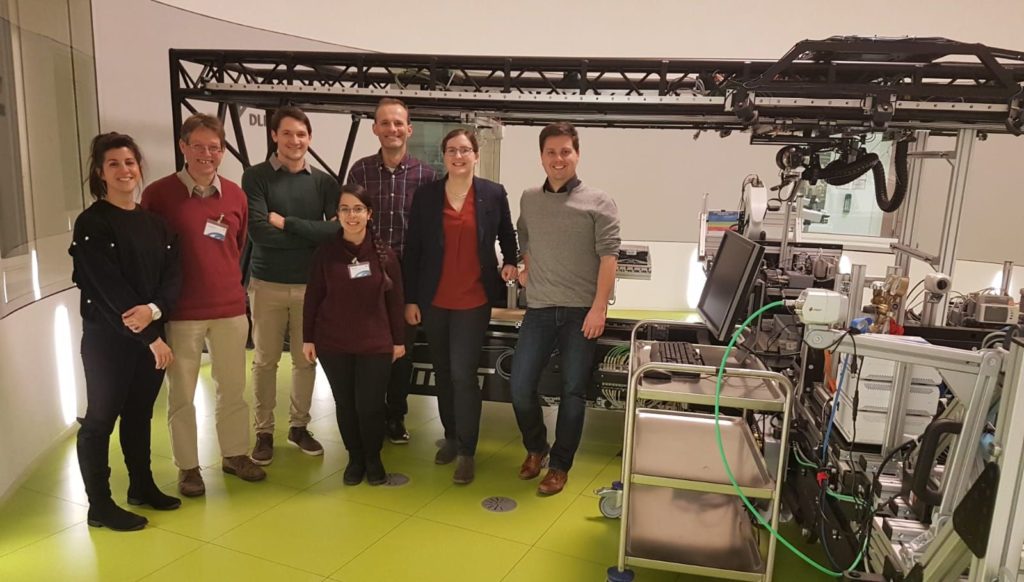 During a book presentation in Würzburg, Germany, Springer came up with a great surprise: the handbook for future astronauts as a chocolate cake: 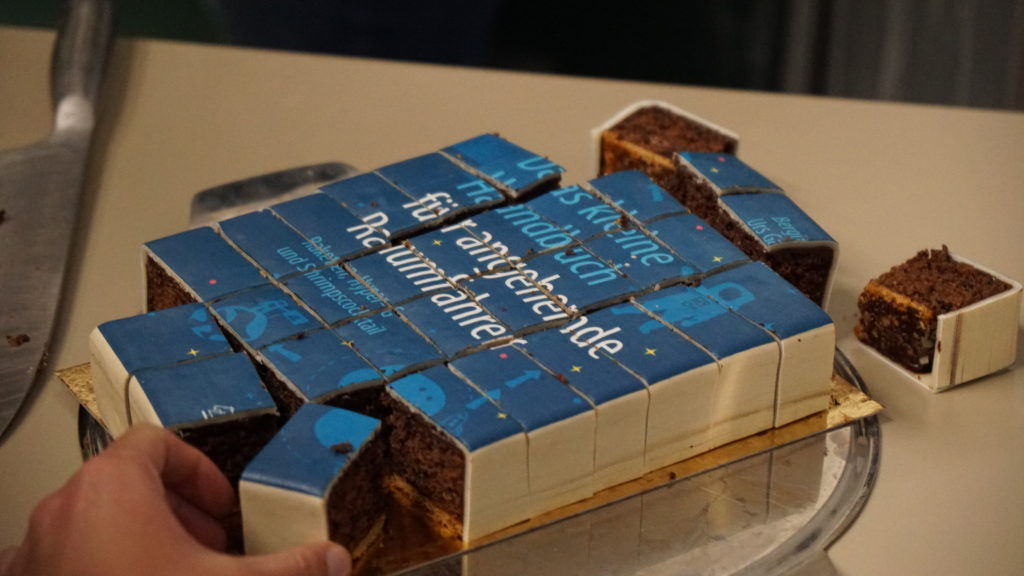 The NASA/ESA/DLR collaborative bed rest study got a “mission patch”! Find out more about the study HERE. I will be involved as a Co-I with experiments on neuromuscular interaction and wound healing.

The German journal for medical students published an article I wrote on Space Medicine and how to become a space physician. 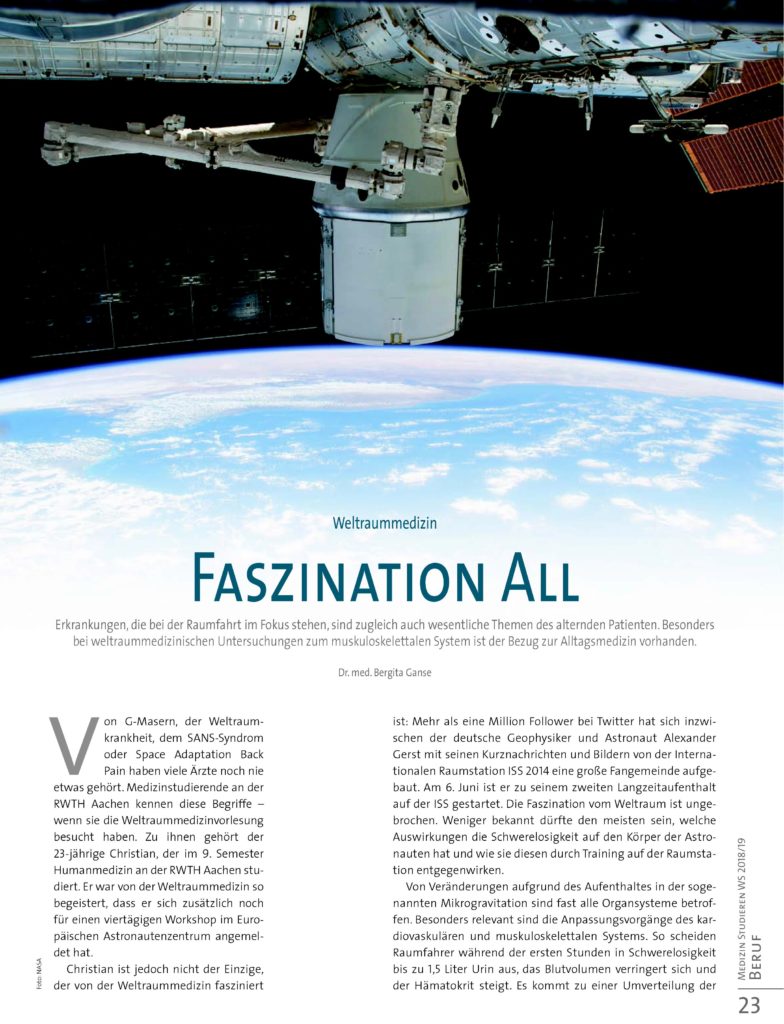 More than 8100 athletes between 35 and 102 years of age participated in the World Master Athletics Championships in Malaga, Spain. I was there for experiments in biomechanics and thermoregulation, funded by the START program of the Medical Faculty of RWTH Aachen University. 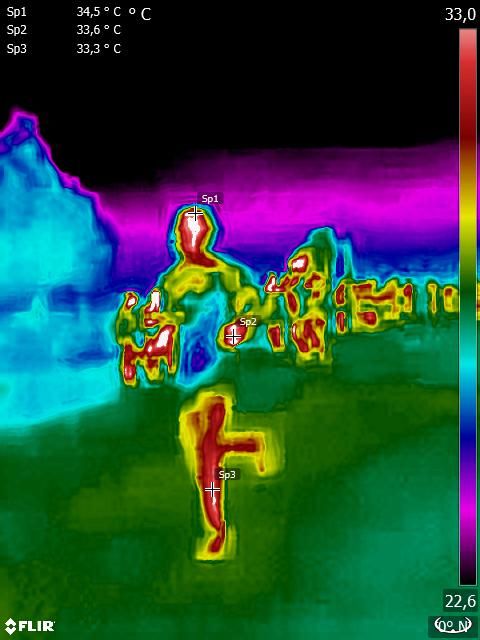 Our new paper appeared in the journal Frontiers in Physiology. Rates of decline in sports-performance with age differ between disciplines and genders.

The German Research Foundation “DFG” granted me a 2-year research fellowship to perform musculoskeletal experiments in a 60-day bedrest study in cooperation with ESA and NASA. (Project description here)

Deutsches Ärzteblatt, the German journal for medical doctors, published my article on medical challenges on space missions. Read it HERE!

German HealthTV invited me to discuss health topics in their new talkshow “Besprechstunde”. We filmed the first two episodes in “Unkelbach” pub in Cologne. 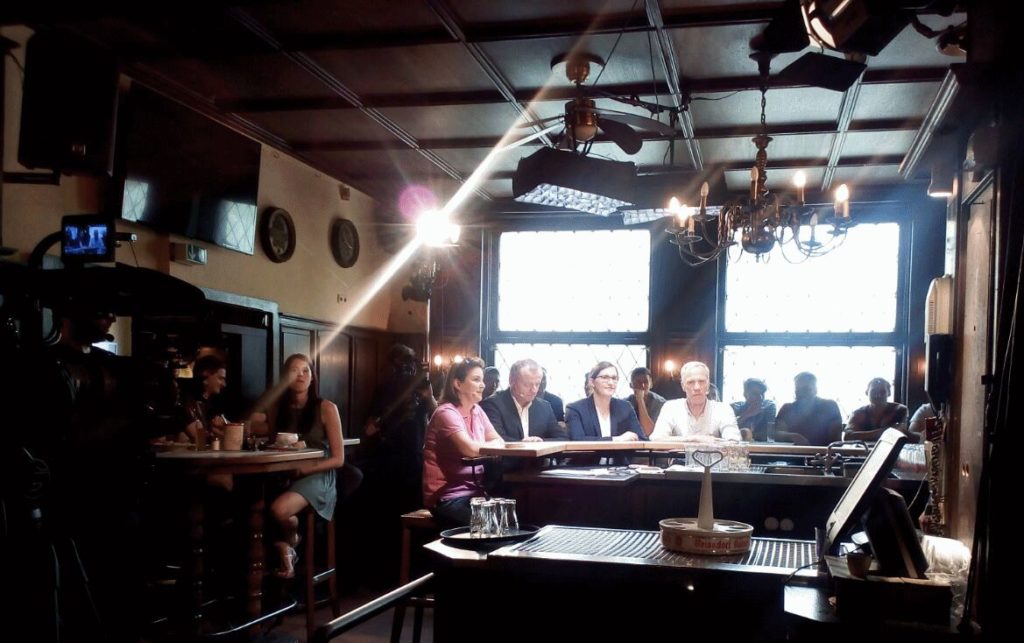 I got second in the javelin throw F35 at the German winter throwing championships in Erfurt. Results here!

Urs and I are on tour with our new book. Find tour dates, photos and media reports on our book-website www.raumfahrerhandbuch.de/lesungen-termine/! 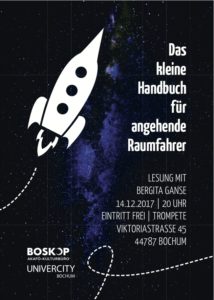 I participated in the Human Physiology Workshop at German Aerospace Center (DLR) and presented a new study related to musculoskeletal ageing.
Find the abstracts HERE. 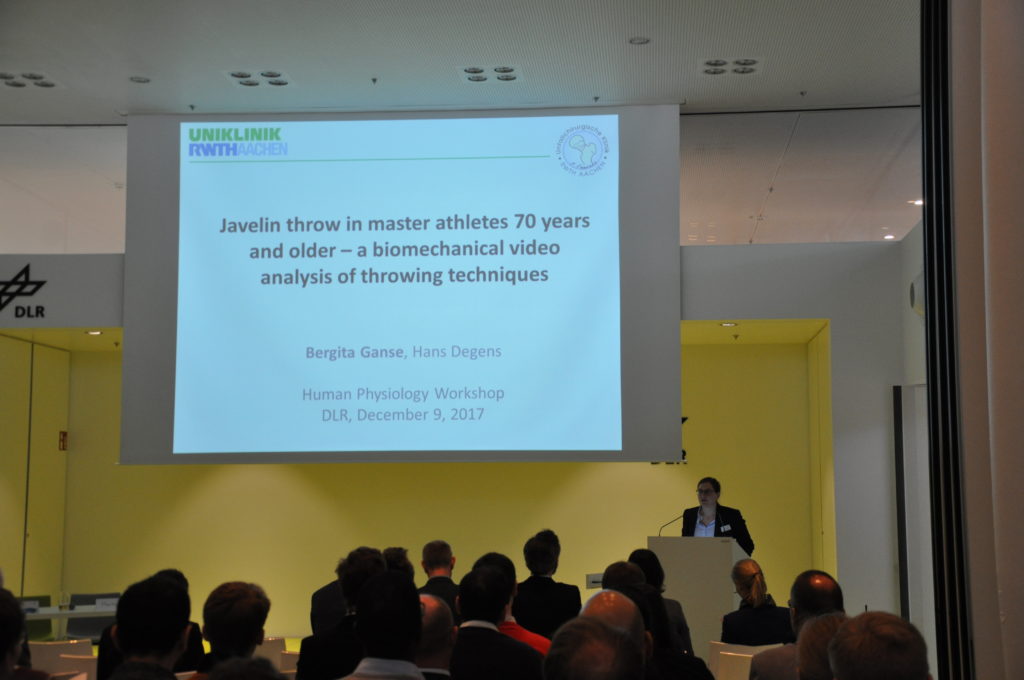 See our new paper on microcirculation in thoracolumbar fractures HERE! 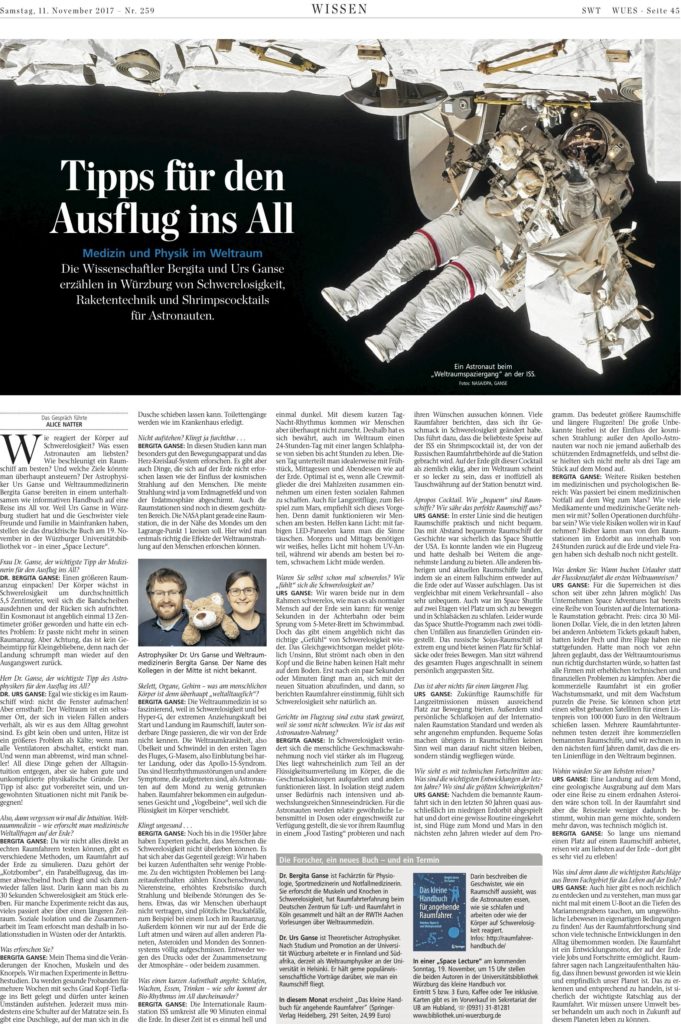 Our “Handbook for future Astronauts” is now officially published! Check for example the Springer website or Amazon. An interview of us was printed by the newspaper Mainpost on November 11, 2017.

The dates of our “tour” of book presentations can be found HERE.

Find the abstract of the talk I gave at DKOU 2017 in Berlin HERE.

At the German championships in old greek track and field disciplines (“LSW special sport“), I became german champion in standing long jump and greek discus triathlon in my age group. Cool thing to try out!

I just spent a week in Houston for research – impressive! Had the honour to give a WISE lecture with the title: “Space Medicine – What We Might Have to Deal with on the Way to Mars.” and met a ton of interesting people. Here are some photos: 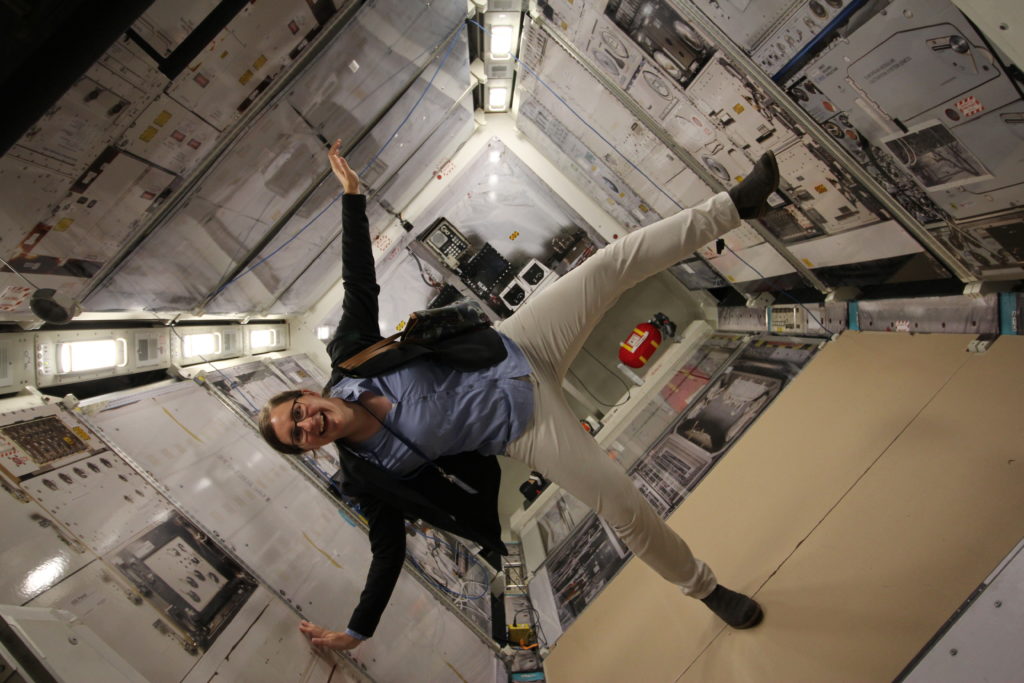 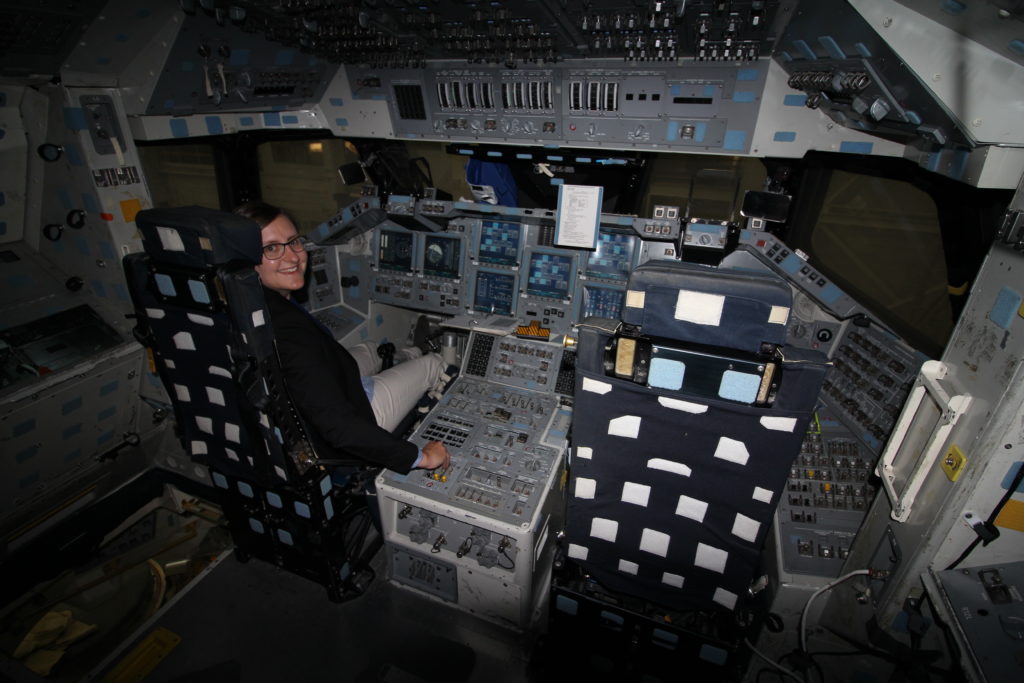 Trying to fly the Space Shuttle 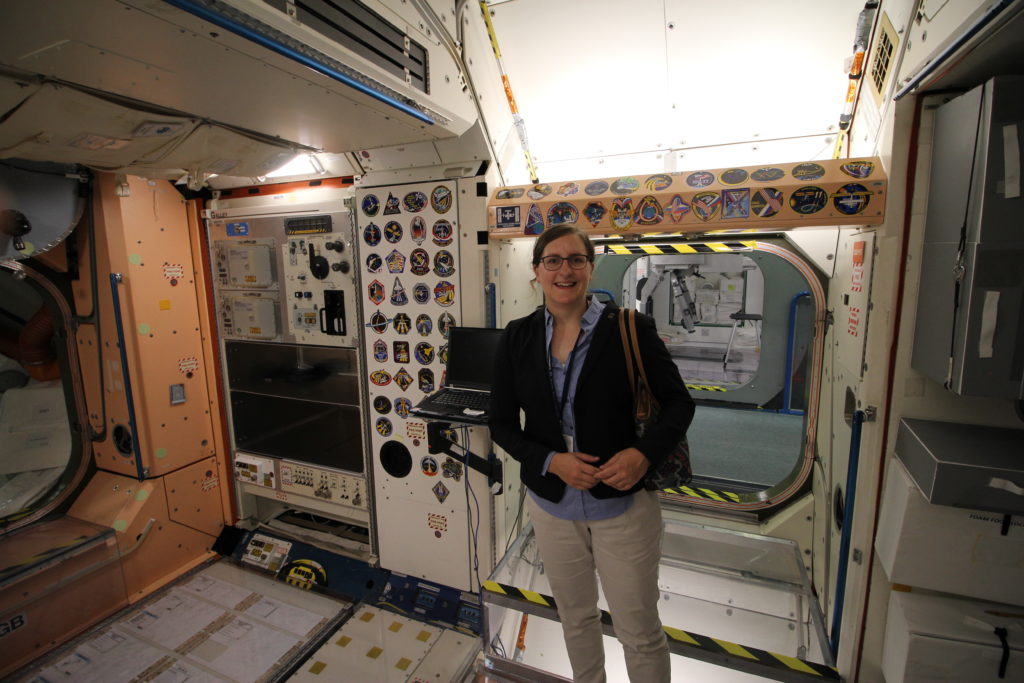 The ISS with gravity

In Aarhus, Denmark, I participated in the European Master Athletic Championships and became fifth in Throws Pentathlon! What a great experience! It was particularly fascinating to see fit athletes 80 years and older participate in sports! Get out of your chair and on the track! 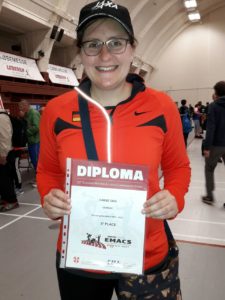 The Journal of Musculoskeletal and Neuronal Interactions (JMNI) accepted our new paper on intervertebral discs in bedrest. See the pdf here!

I will participate in the European Master Athletics Championships in Aarhus on August 5th, representing Germany in Throws Pentathlon in national colours. How exciting is that! 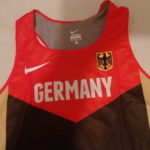 05/2017: Manual for Future Astronauts can now be pre-ordered!

The new book can now be ordered online, for example here on the Springer website! Currently the release date is August 2017.

John Charles is Chief Scientist of the NASA Human Research Program. We figured out how to take a selfie in front of the Eiffel Tower. 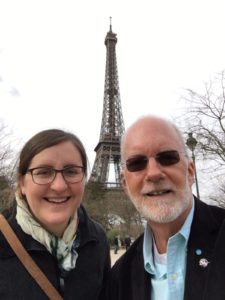 The kick-off meeting for the ESA/NASA bed-rest study was a great success! The study will test human centrifugation as a countermeasure for long-term missions, for example to Mars. We met the other research teams and dicussed organisational issues in a teleconference with NASA. The study is scheduled for 2018.

Germany is searching for its first female astronaut. I applied and had the honour to participate in the selection process and tests including detailed testing at DLR in Hamburg. I made it under the best 86 applicants and met the most fascinating women ever! On March 1st two finalists will be presented to the public and start their training. One of them will hopefully get the opportunity to fly! 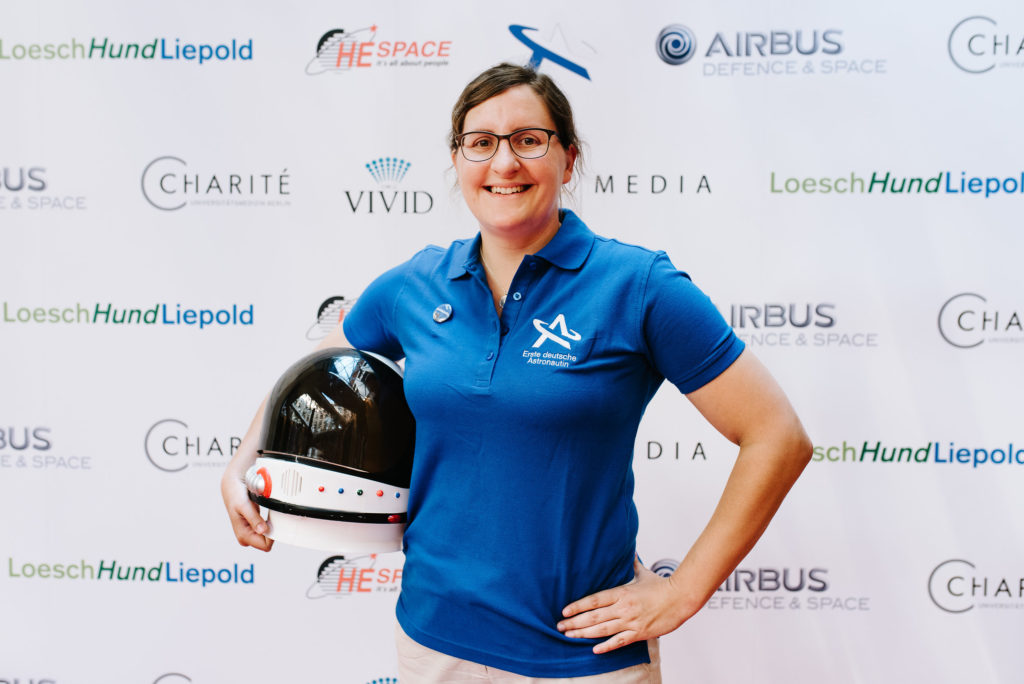 Together with five international colleagues, I submitted a proposal on muscle strength and neuromuscular interaction to a call for a bed-rest study released by ESA and NASA. The proposal was now accepted and we are looking forward to the kickoff-meeting in :envihab in Cologne in February! ESA and NASA are collaborating in this 60-days study that will investigate the use of human short arm centrifugation in space flight. 24 healthy volunteers will lay down for 60 days in 6° head-down tilt, and we will take muscle biopsies, measure muscle strength and analyze blood samples for relevant hormones and breakdown products to evaluate the effects of centrifugation on the neuromuscular system. My team consists of scientists from the UK, Italy, Switzerland, the Netherlands and Germany. Find more information on ESA bedrest studies here.

What a great honour to be invited to give a keynote lecture at the British Trauma Society Annual Meeting in Birmingham! Title: Bones and Injuries in Space Flight. A great experience, lovely people, wonderful meeting!